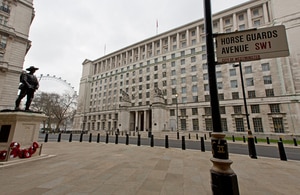 The announcement came as UK and US defence chiefs attend the Atlantic Future Forum 2022 in New York City this week.

Wallace said it will create “closer integration and shared capability”.

The two-day forum seeks to advance vital defence, security, trading and economic partnerships between the UK and US, and explore how to boost innovation, economic growth and resilience.

Building on the success of the UK’s Defence Cyber School, the new Defence Cyber Academy will develop sovereign and international courses and support wider UK endeavours in developing the national cyber profession – launching in 2022.

It will bolster the ranks of the UK and international allies, including the United States, training high-quality defence personnel to be at the forefront of cyber technology, strategy and operational preparedness.

Closer alliances between our nations, delivered through shared experiences and training, will allow our personnel to better prepare for NATO, joint and multi-domain operations of the future.

Backed by £50 million, the academy will support the wider development of the national cyber profession, as part of the National Cyber Strategy. It will:

The Defence Secretary said: “Defence co-operation between the United Kingdom and the United States is the broadest and deepest of any two countries in the world, and will continue to expand in the coming decades.

“The Defence Cyber Academy builds on that collaboration, defining closer integration and shared capability, helping us and our allies counter global cyber security threats, staying one step ahead and at the forefront of this cutting-edge military domain.”

Based in Shrivenham, Oxfordshire, the launch of the academy comes after the DCMS revealed cyber-attacks, including espionage activity and ransomware infiltration, across Government has cost an estimated £100 million in the last year.

Commander of Strategic Command, General Sir Jim Hockenhull said: “As Defence’s leader for the cyber domain, Strategic Command is committed to ensuring our personnel have the cyber skills needed to maintain a competitive edge against our adversaries.

“The Defence Cyber Academy will allow us to expand the training opportunities we offer, and share these with our international allies. This new development will help us share our expertise and better conduct the integrated operations needed in a modern battlespace.”

In the coming months, the aircraft carrier will be at the heart of a powerful task group made up of thousands of sailors, up to ten ships, F-35B Lightning jets, helicopter squadrons and Royal Marines Commandos which will operate across Europe this autumn.

The conference is an opportunity to discuss the success of the UK and US working collaboratively at unprecedented speed to support the Armed Forces of Ukraine with crucial military capabilities since Russia’s illegal and unprovoked invasion.

The continued and very close relationships between US and UK suppliers and governments has seen typical procurement timelines shortened from months to days, allowing the supply of military aid in record speed.

As well as the large capabilities, such as multi-launch rocket systems, ground-to-air missiles and anti-tank weapons, non-lethal military aid has been procured at pace.

For example, around 200 armoured vehicles have been fitted with sophisticated military communications capabilities and delivered to Ukraine, involving the designing of dozens of components from scratch. 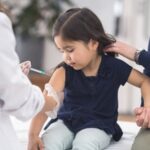 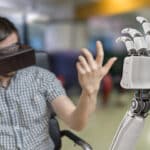