The gongs recognised security officers and businesses working to keep people, property and places protected during the last 18 months as the UK emerges from the COVID-19 pandemic.

The British Security Awards, held at the London Marriott Grosvenor Square in front of a sold out audience, returned in its 25th year.

The glittering event celebrated security excellence with 16 awards presented to security officers and businesses in front of clients and leading industry stakeholders.

The awards were presented by BAFTA-nominated journalist Sam McAlister with the SaferCash awards being presented by Assistant Chief Constable of the West Midlands Police, Jayne Meir.

Mike Reddington, Chief Executive, BSIA, said: “The British Security Awards were created 25 years ago to recognise those in our industry and particularly those operating on the front line who frequently go above and beyond to protect people and property and this year we have seen a record number of entries.

“It was an honour and a privilege to be able to recognise our winners and finalists for their professionalism, innovation and commitment to our industry.

“The scale of achievement we see every year from across each sector is remarkable, and our awards enable us to recognise the outstanding work being carried out by members of both the Association and the wider industry in keeping people, property and places professionally protected on a daily basis.

“As always, the standard of nominations has been exceptional this year, and the judging panel, made up of independent experts from across the industry have had a very difficult job selecting the winners. It is therefore a fantastic achievement by all the finalists.”

For 2023, the awards will be returning again on Wednesday 28 June.

It is designed for long-range connectivity and low-power communications, it operates at a distance up to 2km, and allows up to 500 devices to be used on one system.

Ana Maria Sagra-Smith, GJD’s Sales and Marketing Director commented: “It is a great honour for GJD to be awarded the Best use of Technology. The award is testament to GJD’s strong focus on creating innovative product technology for the security industry.”

GJD’s Technical Director, Keith Fenwick said: “Our Research and Development team have done a great job working on the LoRa System, their attention to detail has been second to none, resulting in an outstanding long-range external wireless system, which will solve some of the major challenges in perimeter protection”. 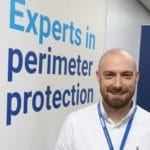 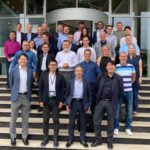