Building has started at Britain’s first ‘secure school’ – a brand new custodial facility for young people with education at its heart.

It is based on the site of the now closed Medway Secure Training Centre in Kent.

The idea is the young criminals will advance straight from the “courtroom to the classroom” with “pupils” enrolled in formal education or training.

They are encouraged into further learning or employment on release from the school, which is to be run by charitable trust provider Oasis Restore rather than the Prison Service, and inside it will be laid out like a school inside the prison walls.

Staff will be trained to offer a broad curriculum and offer one-to-one learning support, and they will set challenging targets in core academic subjects such as English and mathematics.

Ofsted inspectors will hold the establishment to the same standards as all other schools nationwide – ensuring the education on offer is of the best possible standard.

Young people will also participate in a weekly programme of rigorous physical education and have the opportunity to work towards sports and leisure qualifications.

This will teach important life skills and provide an invaluable asset towards independence and employability.

These young offenders are around 50 percent more likely to reoffend than adult offenders.

Though wider youth reoffending rates for children who received custodial or community sentences have fallen from 38 percent in 2012 to 34 percent in 2022 they stubbornly remain nearly 9 percentage points higher than adult reoffending.

Sixty per cent are not engaged in education before entering custody due to truancy, suspension, or expulsion, meaning they have lost out on months’ or years’ worth of learning which would have given them the opportunities to steer clear of a life of crime.

Around eight in 10 prolific adult offenders begin committing crimes as children, with the estimated cost to the taxpayer around £17 billion per year.

Deputy Prime Minister, Lord Chancellor & Secretary of State for Justice, Dominic Raab MP, said: “This secure school is a first. It’s effectively a school with prison walls around it that will give the stubborn hard core of young offenders, who need to be in custody, the tailored curriculum and mental health support they need to turn away from crime and get into training and work.

“It’s the right thing to do for them and the public, driving down reoffending, and making our streets safer.”

The design of the new school is based on international, peer-reviewed research which shows that smaller settings, high-quality education and healthcare provision, and a specialised workforce of teachers and youth workers are vital to successfully rehabilitating young people in custody.

The old prison-style features at Medway have been stripped out and the finished site will look like a residential school rather than a custodial facility, within secure prison walls.

It will house 49 children when full, and will include state-of-the-art, bar-less windows as well as the latest secure in-room technology which will allow children to continue homework and projects in their rooms, organise their routines and contact their families in a safe and secure way.

Construction work will continue until autumn 2023 when the site will be handed over to specialist education provider and operator Oasis Restore, with the first pupils expected to arrive in 2024.

The Rev Steve Chalke MBE, Founder of Oasis, said: “You can’t help a child by harming them.”

The school’s core focus on getting troubled young people into jobs or further education is part of the Government’s ambitious plan to further drive down reoffending – following a five per cent fall over the last decade.

The construction of the new school builds on the Government’s commitments under the Prison Strategy White Paper to drive up standards of adult education in custody, while also tackling drug and alcohol addiction and ensuring offenders are ready for work on release. 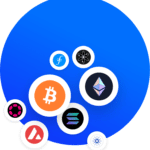 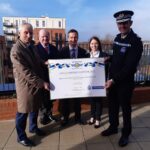