The Competition and Markets Authority (CMA) in the United Kingdom has given the green light to US cybersecurity giant NortonLifeLock to buy Czech rival Avast.

The sale is likely to cost £8bn (£6bn) and the CMA opened an inquiry in March, concerned the deal might harm competitiveness.

But last week the authority concluded this was unlikely to be the case and gave the sale provisional approval.

Kirstin Baker, CMA Chair, said: “After gathering further information from the companies involved and other industry players, we are currently satisfied that this deal won’t worsen the options available to consumers.”

“As such, we have provisionally concluded that the deal can go ahead.”

The CMA decision sent shares in the FTSE 100 cybersecurity group to an all-time high.

The deal, which would combine NortonLifeLock’s strength in identity theft protection and Avast’s privacy credentials, has already received regulatory approval in the United States, Spain and Germany.

The UK’s antitrust watchdog said it will welcome responses to its provisional findings from interested parties by 24 August. The final report is due September.

NortonLifeLock said it was pleased with the announcement but will carry on working with the CMA and Avast to accelerate the issuing of the final report. 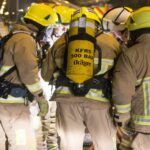