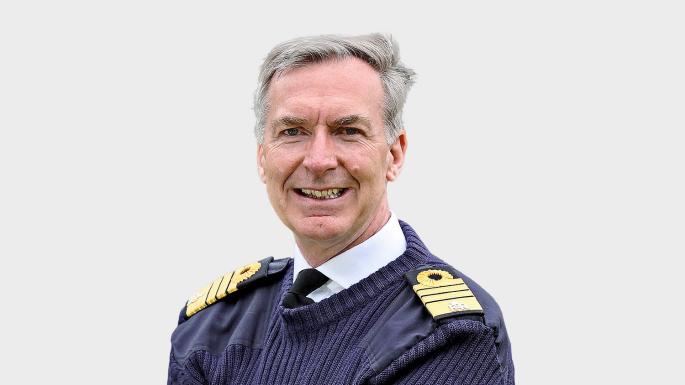 A top defence chief claims the war in Europe has been good for Britain rediscovering its “confidence and self-belief”.

In a speech delivered to key public figures, including the Mayor of London, Chief of the Defence Staff Admiral Sir Tony Radakin said Russian leader Vladamir Putin has made a “strategic miscalculation” in invading Ukraine.

He made reference to domestic political “turbulence” before Prime Minister Liz Truss announced she was quitting.

Admiral Radakin told the Mansion Houseon October 19: “We have a war in Europe. Political turbulence at home. A worrying economic outlook, domestically and internationally, compounded by growing food and energy insecurity.

“First, that Russia’s invasion of Ukraine is the spur to rediscover our confidence and self-belief: in our democratic values, in the rule-of-law, and in the collective power of the international community.

“Secondly, that we should recognise the authority and agency that the military instrument offers, and we should willingly embrace the ability of the Armed Forces to support our national interest in all its forms.

“And third, that we should be confident that the vision for the Armed Forces in last year’s Integrated Review is the right one; and the forthcoming IR Refresh is an opportunity to contribute even more to our nation’s security and prosperity.”

He said Putin’s “strategic errors” have led to “strategic consequences” and that his problems are mounting.

The defence chief added: “I’ve always been of the view that Putin made a strategic miscalculation by invading Ukraine, and the truism is more accurate than normal, that strategic errors lead to strategic consequences.

“Eight months on, Putin’s problems are mounting. He’s undermined Russia’s status as a great power, mortgaged his country’s economic future, repelled its neighbours in the ‘near abroad’ and even China is losing patience. Meanwhile, his troops are ceding ground, running out of ammunition, and winter is coming.

“And while handing call-out papers to political dissidents and protesters may be a ruthless way of dealing with opposition to his regime, it is a hopeless way to build an Army.

“He has few options left – hence the nuclear rhetoric. And while this is worrying and deeply irresponsible, it is a sign of weakness, which is precisely why the international community needs to remain strong and united.

“Ukraine, on the other hand, continues to perform magnificently. In my most recent visit to Kyiv, my message to General Zaluzhnyi was one of admiration, and that the United Kingdom will stand by Ukraine for as long as necessary.”

There is more at stake than a single country’s struggle, he said.

He added: “President Putin believes the rules do not apply to him. That his Army can cross international borders with impunity.

“But these things do matter. And that is what this is all about.

“These things matter to the thousands of Ukrainians who are dying and suffering every single day.

“And they matter here in the City of London too, because markets thrive on stability, and our prosperity rests on a world that is safe for the passage of trade.

“And when the rules are broken, volatility and instability follow. When aggression is left unchecked the costs ricochet through global markets. This affects people everywhere, and especially the world’s poorest.

This is more than a war over the borders on a map. This is about the future of international security and the peace and prosperity that we in this country have been so fortunate to enjoy for much of lives.” 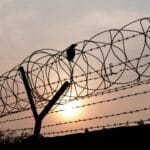