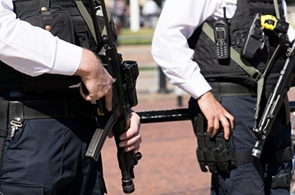 Mourners flocking to the capital for the Queen’s State Funeral next Monday could number “millions” as security concerns grow about how the event will be effectively policed.

Army and naval personnel will almost certainly be drafted in to help the anticipated 10,000 police officers.

The Metropolitan Police is facing pressure to manage the increased security demands as world leaders arrive in London from across the globe to attend the Queen’s state funeral.

The situation has created “unprecedented strain” on the Met and other city forces, who are tasked to manage the operation.

The arrival of hundreds of world leaders, foreign royalty, presidents and prime ministers has caused current threat levels to go “through the roof”, according to security expert Philip Ingram MBE.

Another industry figure likened logistical implications for the the Queen’s funeral as like “having 100 state visits all at once”.

Sir Mark Rowley, the newly-appointed Commissioner for the Met, has conceded the State Funeral presents a “massive challenge” for officers.

He said: “I have a lot of trust and confidence in the fantastic police officers who are going to support this event.”
The Commissioner confirmed thousands of officers would be tasked with managing crowds and security measures during the Queen’s funeral in order to accommodate the “millions” of people who are planning to pay their respects.

A Downing Street spokesman has also confirmed that 1,500 military personnel will be made available from the Armed Forces to help coordinate the monumental event.

From 5pm this afternoon, the Queen’s coffin will lie in state at Westminster Hall. Those wishing to pay their respects face a 30 hour wait in a five mile queue in London.

After 2pm today Her Majesty The Queen’s Coffin will travel from Buckingham Palace to Westminster Hall on a gun carriage.

A ceremony will be held in Westminster Hall to mark the arrival of Her Majesty’s Coffin.

The queue will start where Albert Embankment meets Lambeth Bridge in Central London, on the south side of the River Thames.

From Albert Embankment, the queue will continue along the south bank of the Thames, according to the Department for Digital, Culture, Media & Sport.

The Queen will remain there for four full days with Westminster Hall open 24 hours a day.
Although no one has any idea how many people are expected to attend, estimates have ranged from 400,000 to in excess of a million.

They will face airport-style security. Mourners will be searched and allowed only one small bag. There no photography or use of mobile phones inside the hall, as well as a ban on eating and drinking.

Dress appropriately for the occasion to pay your respects at the Lying-in-State. Do not wear clothes with political or offensive slogans.

Mourners have been instructed to:

Erecting crows barriers and blocking roads are in place and were the first of many early tasks in managing as the cortege passes by.

Security sources say that there will be a “significant armed operation” with officers on patrol and queues formed in a way so people are not crushed and lorries and cars cannot be driven into them.

Rooftop firearms officers will be in place while the cortege is moving with CCTV and on the ground officers in strategic points to spot signs of trouble.

Police and security services will be alert to the prospect of knife attacks, bombs being detonated, and all other possible terror threats or incidents as well as possible petty criminals and pickpockets taking advantage of the huge crowds. 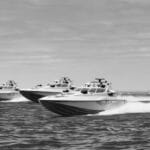 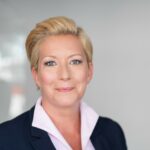