Licensing SAVI is proud to be supporting @OnePunchUK #OnePunchAwarenessWeek, which runs until 23 September.

One Punch UK was set up in 2014 to raise awareness about the devastation a One Punch assault can cause.

One Punch UK raise awareness by delivering workshops to school, colleges, prisons, probation hubs, Etos units, clubs and groups, openly discussing all the factors that lead up to a One Punch assault, and making people aware of their actions and the consequences.

Police CPI’s Mark Morgan said: “We at Licensing SAVI in our policing experience have sadly on many occasions witnessed first-hand the adverse impact of ‘one punch’ assaults, both in causing serious injury and death. The impact upon all involved, especially the victims’ family is simply horrific, with all having been avoidable and remaining prominent in my memory several years later.

“That’s why we fully support the work of ‘One Punch UK’ and are ourselves working tirelessly to support licensed premises to improve standards and interventions which influence safety and behaviours, owing to alcohol and drugs use often being an aggravating factor. Let’s all work together to prevent one punch and like incident.” 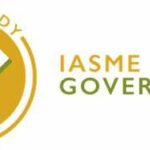 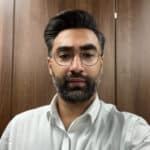