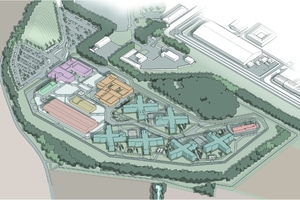 A new prison in Yorkshire will open in 2025, it has emerged.

A new £400m contract has been signed with construction firm Kier, who will build the cutting-edge jail in East Yorkshire.

After the opening of HMP Five Wells in Wellingborough in February this year, the new Category C prison will be designed from top-to-bottom with the latest smart technology to cut crime and protect the public.

According to the Ministry of Justice: “The jail will include an unprecedented array of workshops and classrooms, so prisoners spend their time behind bars learning new skills to find work on release – factors known to significantly reduce reoffending.

“It will also be the first new prison to operate as zero-carbon in the future, with an all-electric design, solar panels, heat pumps and more efficient lighting systems to reduce energy demand significantly.

“In a boost for the local economy, the new prison will create hundreds of jobs in construction, and a further 600 once the establishment opens.

“And at least 50 construction roles will be earmarked for ex-offenders – giving them the opportunity to rebuild their lives, gain new skills and get back on the straight and narrow.

“The new jail is the latest major step in our commitment to building 20,000 new prison places and in turn protecting the public.”

Prisons Minister, Stuart Andrew, said: “I am delighted work can begin on yet another modern, innovative prison that will skill-up untold numbers of offenders to live a crime-free life while making our streets safer.

“The new prison at Full Sutton will also support hundreds of jobs, in construction and afterwards, representing a major boost to Yorkshire’s economy.”

He added: “Delivery of the new prison at Full Sutton represents over a decade of Kier operating as a successful partner to the Ministry of Justice and highlights our ongoing commitment to the New Prisons’ Programme.

“This project will create hundreds of jobs as well as providing opportunities for prisoners on release, and we’re proud to give people the opportunity to work with us to deliver a best-in-class facility built on modern methods of construction and engineering excellence.”

The new buildings will sit opposite the existing HMP Full Sutton and will be the third of six prisons to be completed as part of the New Prisons Programme, following HMP Five Wells and HMP Fosse Way in Glen Parva, which is due to open next year.

Locations for the remaining three are being finalised, and of the four final builds, one will be run by Her Majesty’s Prison and Probation Service and three by private operators.

The process of naming the new prison will be confirmed in due course and as with Five Wells and Fosse Way, will involve close consultation with the local community.

Around £4 billion of investment will create thousands of jobs for local communities and see millions invested in local roads and infrastructure while rehabilitating thousands of offenders and keeping the public safe.

BACKGROUND
Work to build the new prison at Full Sutton will commence in the coming months, with a firm date to be confirmed.
Like Five Wells and Fosse Way, the new prison will include a range of cutting-edge technology.
At its peak, the construction phase will employ as many as 1,000 workers, with many employed from the local community.
Making Ground is Kier’s prison engagement and employment programme, designed to support serving prisoners and prison leavers into sustainable employment in the construction industry.

For more information about the project and the Ministry of Justice, go to: https://www.gov.uk/government/organisations/ministry-of-justice) 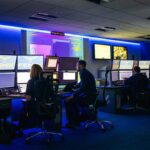 SJUK Exclusive: Raging Against The Machine 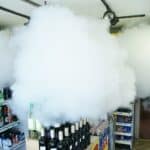