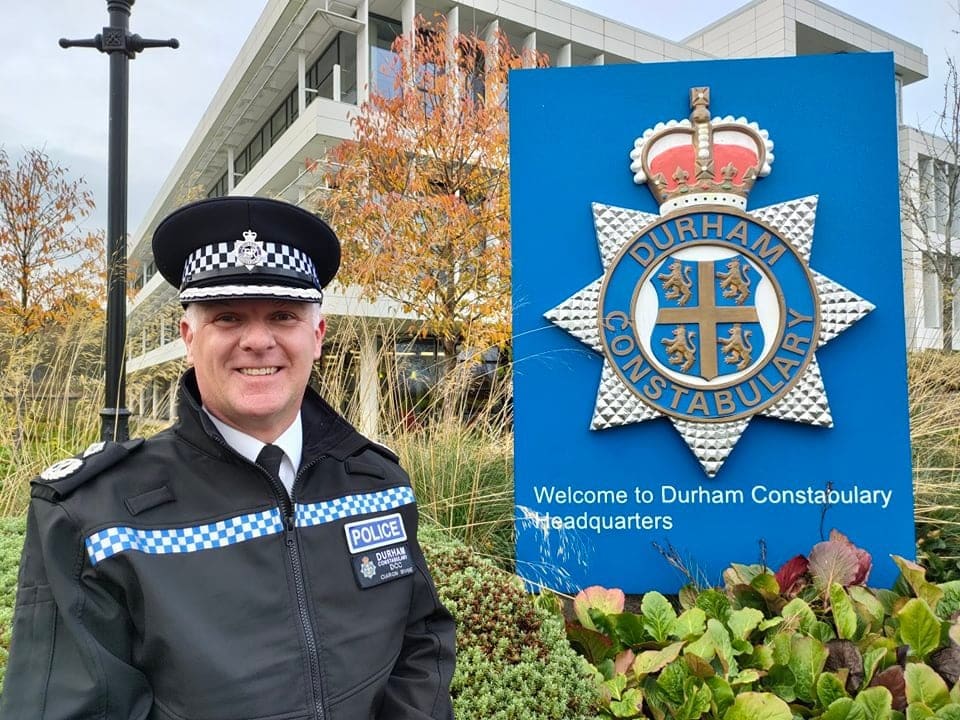 Security systems are one of the many essential tools in the fight against crime and in particular burglary, theft and robbery.

Academic research shows professionally installed and maintained alarm systems provide a greater deterrent and properties fitted out with them are less likely to be targeted by criminals. Burglars want easy pickings and avoid properties with effective security.

However, when investing in a security system, either for a home or business, what should you be looking for? How do you know you are choosing the right system?

Police Crime Prevention Initiatives (Police CPI) provide the Secretariat to the National Police Chiefs’ Council (NPCC) Security Systems Group to monitor police strategies and technical developments and advise on policy requirements, as well as provide support to police forces and the private security industry on the administration of police response to security systems.

Police CPI have put together advice to assist with choosing a suitable system, stressing the importance of using a reputable alarm company which has been approved by an Independent Inspectorate Body.

First off, a word about DIY alarms – these are not recommended. They may be cheaper alternative but the NPCC does not recommend them as the system may not be designed to meet the needs and risks of a property. There are often problems with installation and maintenance.

The two main types of alarm systems are audible and monitored. However, they operate differently and are treated differently by the police.

Audible alarms sound a loud siren or bell, designed to scare a burglar and alert neighbours and passers-by at the scene.

In contrast monitored alarms are just that – monitored 24/7 by an approved commercial ‘Alarm Receiving Centre’ or ARC. When an alarm is triggered, the ARC immediately checks the signal to verify it is a genuine alarm, alerts a keyholder and, if compliant, the police.

However, a key point to note is the police will attend an alarm signal from a monitored alarm as long as the system complies with the aforementioned NPCC Security Systems Policy, which details how the system is installed, monitored and maintained. It also requires security companies providing this service to be approved by an Independent Inspectorate Body.

When choosing an alarm system, only use an alarm company which is approved by the National Security Inspectorate (NSI) or the Security Systems and Alarms Inspection Board (SSAIB). Go to www.nsi.org.uk and www.ssaib.org for details.

Compliant alarms and reputable installation companies and ARCs are essential to ensure that there is an appropriate response to an alarm activation.

If the alarm is not compliant there will not be an immediate police response, something which could be vital if someone is in immediate danger or property is being stolen.

Having an alarm system certified by one of the accredited independent Inspectorate Bodies will ensure it is a reliable and well-maintained system that meets relevant British and European standards and which could result in lower insurance premiums.

Ken Meanwell, Compliance Manager, Police CPI, advises: “Compliant security systems and reputable installation companies and ARCs are essential to ensure that you will get the appropriate response to an alarm activation.

“If the security system is not compliant there will not be an immediate police response – vital if someone is in danger or property is being stolen.

“It is never advisable to deal with cold callers or telesales enquiries and you should always avoid doing doorstep or telephone business.

“Examples of bad practices associated with cold-calling and doorstep selling include pressure selling, waiving your rights to a cooling off period, unclear contracts, over-priced security systems and unduly raising the fear of crime.

“The British Security Industry Association (BSIA) have some top tips on their website around things you should know and ask an alarm provider when updating your security system.

“Having a security system, certified by one of the accredited independent Inspectorate Bodies will ensure you have a reliable and well-maintained system that meets relevant British and European standards and which could result in lower insurance premiums”.

BSIA’s Director of Technical Services, Dave Wilkinson, said: “As the voice of the professional security industry, we recognise the added value our member companies bring to compliant security systems.

“In such challenging times, it has never been more important for consumers to rely on professional companies to deliver high quality security systems and services.

“Working in partnership with the National Police Chiefs’ Council and other representative industry bodies provides peace of mind and quality assurance to the public and provides a true differentiator between compliant and non-compliant security systems.”

NSI Chief Executive Richard Jenkins commented: “On response, speed is of the essence – it can be a matter of life and death.

The police recognise approved alarms and hold details on file, so that when an approved monitored alarm is triggered they are able to react and attend the scene significantly more quickly.

“Approved installers are subject to an ongoing inspection regime whereby they are required to demonstrate their technical competence and professionalism at least annually or lose their approval. It’s far more than a one-off assessment.”

SSAIB chief executive Alex Carmichael commented: “It’s surprising that the benefits of third-party certification aren’t more commonly recognised – as they can reassure customers that registered firms are working to the very highest of standards.

“Through participation in standards development at national and European level, certification bodies – such as SSAIB – help to shape the nation’s security and safety standards, therefore we are able to inform others of standard issues that might impact upon service providers and end-users as well.

“Here at SSAIB, we continue to review the range of schemes we offer to ensure that they meet the needs of both the marketplace and registered firms.

The National Police Chiefs’ Council (NPCC) Security Systems Policy is a public document that provides details of how and when the police will respond to security system activations. It also sets out the technical and procedural requirements that the private security industry, involved in providing the installation, maintenance and monitoring of such systems, must follow in order to gain a police response to a security system on behalf of their customers.

The objectives of the policy can be summarised as follows:

–  To reduce the number of false calls passed to the police

–  To provide an immediate police response to compliant security systems

–  Placing responsibility for compliance with the policy on a UKAS (United Kingdom Accreditation Service) accredited certification body. Enforcement of standards is not a police function

–  To achieve a unified approach to the administration process

Installers who wish to be compliant with police forces in order to install, maintain and monitor security systems for police response must be certified in accordance with the policy by a certification body accredited by UKAS. Whe accredited, the security company needs to apply to the home force where its principal operating/registered office is based requesting to be placed on that force’s compliant list of companies.

Police CPI work with the national alarm inspectorate bodies and trade organisations for the security industry – the aforementioned NSI, SSAIB, BSIA, as well as the Fire and Security Association (FSA) – to develop a partnership approach with the private security industry.

This work seeks to progress a partnership approach with the private security industry, specifically to improve the performance of security systems and increase the preventative impact and detection rate emanating from such systems.

Since 1995, there have been 1.1m fewer calls to police to respond to false alarms or alarms involving faulty equipment, reducing from 1,188,386 in 1995 to 85,146 in 2020 despite the number of registered alarm systems almost doubling. The number of burglaries from properties with police compliant security systems has also reduced significantly from 135,990 in 1995 to 11,109 in 2020.

The NPCC are currently working with the alarm industry towards having alarm activations from compliant systems passed electronically, direct from alarm receiving centres into police control rooms, via the development of the ECHO (Electronic Call Handling Operations) initiative.

The ECHO alarm transfer service, is currently being rolled out to police forces across the country and facilitates greater effectiveness in police response to emergency alarms. It is a fully automated electronic alarm transmission service between ECHO-connected ARCs and the police, eliminating communication errors and delays associated with manual telephone call handling, to ultimately provide a quicker police response.

ECHO delivers time savings in circumstances where ‘every second counts’ as blue light services respond to emergency alarms. Alarm signalling to the police via the ECHO hub replaces traditional manual handling of alarm calls (by voice calls) between the ARC and the blue light responder. This can save up to between one and four minutes in response times by the police.

The Metropolitan Police and Essex Police were the first forces to be ECHO-connected in 2021, with Avon & Somerset and Northumbria constabularies following in 2022. With over 240,000 alarm installations now ECHO-connected and supported by ECHO, tangible benefits are already being delivered, including improved police alarm response times and more effective deployment of police responders to ECHO-connected alarmed premises.

This new standard is not a replacement for the National Police Chiefs’ Council Security Systems Policy or an alternative for certification by one of the UKAS accredited certification bodies, the aforementioned NSI or SSAIB.

It incorporates existing criteria, whilst building on police and industry knowledge to produce a new enhanced Alarm Standard that will provide a high-quality alarm system and reduce false calls. Installers meeting the SBD alarm standard now have the option of joining this SBD scheme, following an assessment from their respective alarm inspectorate body, enabling buyers to have confidence in installers utilising the trusted ‘Police Preferred Specification’ branding.

This article was originally published in the November 2022 edition of Security Journal UK. To read your FREE digital edition, click here. 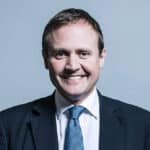 SSGC in support of ex-service personnel 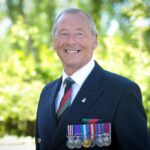