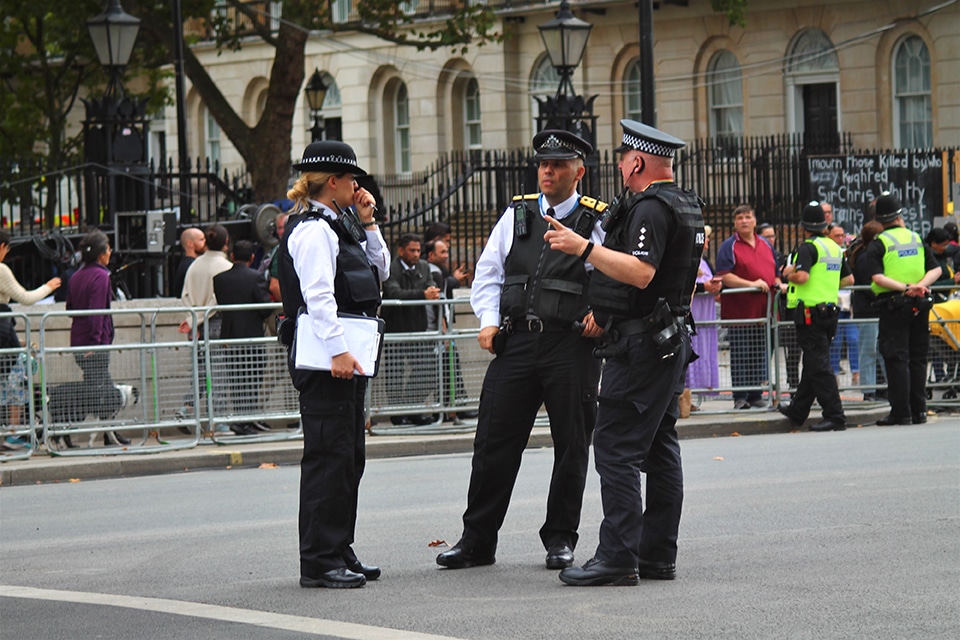 The Queen’s funeral was the biggest policing operation the UK had ever seen with thousands of police officers, including over 150 officers from the Ministry of Defence Police.

For 10 days, the nation and the world mourned the Her Majesty’s passing which culminated in a state funeral on Monday 19 September, says the Ministry of Defence.

This was the first royal state funeral since the Queen’s Father, King George VI in 1952, with the only other state funeral being held for Winston Churchill in 1965.

The Ministry of Defence Police were amongst the reinforcements brought in from forces across the UK to ensure the state funeral was a safe and secure event.

This included an increased number of MDP officers being deployed across London, particularly at MOD Main Building as well as to a number of strategic locations assisting Thames Valley Police and the Metropolitan Police Service.

Keeping London Safe
Defence HQ became a forward base for soldiers deployed to Whitehall during the Queen’s funeral and national mourning period.

There was also an increase in visitors to the Whitehall area with some of the busiest days ever seen at Horse Guards Parade, as members of the public came to pay their respects to Her Majesty The Queen.

The team at Whitehall were led by Senior Police Officer, Chief Inspector Jimmy Carr who described MDP’s role as “an extraordinary contribution which passed with great success.”

Chief Inspector Carr said: “I am immensely proud of the MDP, who have shown outstanding professionalism and teamwork. It was an honour for every officer involved to serve their final duty to Her Majesty the Queen.”

Plans that had been twenty years in the making were put into action. Inspector Jim McCulloch from Whitehall had an instrumental role in the planning phases which directed our response during Operation London Bridge.

Working closely with Defence and policing partners the security operation at Defence HQ was stood up following the death of the Queen and did not conclude until after the state funeral.

These plans ensured the smooth running of daily functions at Main Building as well as providing protective security of Defence people and assets involved in the funeral proceedings. We continued to keep Defence safe whilst ensuring the public could safely pay their respects. Chief Inspector Jimmy Carr described Inspector McCulloch’s role in planning the MDP’s response as ‘exceptional’.

Officers from across the Force including the Special Escort Group, Central Support Group and Operational Support Unit were deployed to support the operation at Main Building. This included supporting vehicle checks and facilitating the movement of Defence personnel in and around Main Building as well as providing assistance to our armed officers on duty at Tilt Yard. Chief Inspector Carr commented that on many occasions officers were stopped by members of the public and thanked for keeping them safe. A comment reflected across London throughout the policing operation.

The team from Whitehall also provided increased support to Defence during early morning rehearsals which took place throughout the mourning period leading up to and including the day of the funeral. The day of the funeral saw a significant deployment of MDP officers providing protective security for ceremonial troops who required access to Main Building and were getting ready to march in the funeral procession from Horse Guards Avenue.

A surge of officers, including officers from RAF Menwith Hill, were also deployed to Regent’s Park Barracks which became an operating base for the Kings Troop during Operation London Bridge. The King’s Troop had a pivotal role in the movement of the Queens Coffin to the Palace of Westminster and the gun salute in Hyde Park on the day of the funeral. The MDP provided protection to the King’s Troop during their time at Regent’s Park Barracks including when performing their ceremonial duties.

Windsor
Officers from Thames Valley Police (TVP) requested additional Authorised Firearms Officers (AFOs) to support the operation at Windsor, this included during funeral rehearsals and the day of the funeral.

MDP supplied over 40 AFOs from across the Force to support the operation at Windsor and their role was to provide armed protection to the military units participating in the funeral, the public, and Funeral Cortege.

This included officers from the MDP Marine Unit at Portsmouth who were initially deployed at the beginning of the operation to support the Met Police by providing waterborne support on the Thames as part of the state funeral arrangements. The officers were stood down and redeployed to assist with the armed support at Windsor.

On the day of the funeral MDP AFOs worked at Windsor alongside armed officers from TVP, as well as the Civil Nuclear Constabulary who provided mutual aid during Operation London Bridge.

Inspector David Hutchins, Bronze Commander for the MDP operation at Windsor, said: “Since 2020 I have been involved in planning the MDP response to Operation London Bridge and engaging with our policing partners about the unique capabilities of the MDP.

“Our support to the operation was implemented with military precision, from the pre-arranged mutual aid arrangements, to last minute changes such as the removal of waterborne support on the Thames, to providing additional armed officers to Thames Valley Police in Windsor.

“This for me was a ‘once in a lifetime’ experience and deploying as the Bronze Commander for the MDP at Windsor, I was proud of the professionalism and contribution of our officers especially over long exhausting hours to help deliver a safe and successful event.” 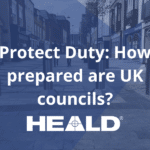 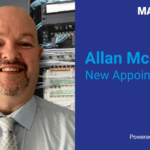