Security systems are one of the many essential tools used in the fight against crime – in particular, burglary, theft and robbery.

Academic research shows us that professionally installed alarm systems provide a greater deterrent and properties fitted out with them are less likely to be targeted by criminals who know they may well be monitored. Burglars want easy pickings and avoid properties with effective security.

The National Police Chief’s Council (NPCC) Security Systems Policy is a public document designed to provide details of how and when the police will respond to security system activations. It also sets out the technical and procedural requirements that the private security industry, involved in providing the installation, maintenance and monitoring of such systems, must follow in order to gain a police response to a security system on behalf of their customers.

The objectives of the policy can be summarised as follows:

Installers who wish to be compliant with police forces in order to install, maintain and monitor security systems for police response must: Be certified in accordance with the policy by a certification body accredited by UKAS; When accredited, the security company needs to apply to the home force where its principal operating/registered office is based requesting to be placed on that force’s compliant list of companies.

Police CPI provides the Secretariat to the NPCC Security Systems Group to monitor police strategies and technical developments and advise on policy requirements. Police CPI also provides support to police forces and the private security industry on the administration of police response to security systems, including intruder alarms.

Specifically, the aim is to improve the performance of security systems and increase the preventative impact and detection rate emanating from such systems. Due to Police CPI’s technical intervention and the unified approach by police forces, there has been a decrease of over 1.1 million false calls to the police due to faulty equipment or user error.

The two main types of alarm systems are audible alarms and monitored alarms. However, they operate differently and are treated differently by the police. Audible alarms sound a loud siren or bell, designed to scare a burglar and alert neighbours and passers-by at the scene, hoping that they will then call the police to report a crime in progress.

In contrast, monitored alarms are just that – monitored 24/7 by an approved commercial ‘Alarm Receiving Centre’ or ARC. When an alarm is triggered, the ARC immediately checks the signal to verify it is a genuine alarm, alerts a keyholder and, if necessary, the police.

However, a key point to note is that the police will attend an alarm signal from a monitored alarm as long as the system complies with the aforementioned NPCC Security Systems Policy, which details how the system is installed, monitored and maintained. It also requires security companies providing this service to be approved by an independent inspectorate body (the NSI or SSAIB) and to be registered with the local police force. When choosing an alarm system, only use an alarm company which is approved by one of these bodies.

Compliant alarms and reputable installation companies and ARCs are essential in ensuring that there is an appropriate response to an alarm activation. If the alarm is not compliant, there will not be an immediate police response, something which could be vital if someone is in immediate danger or property is being stolen.

Having an alarm system certified by one of the accredited independent inspectorate bodies will ensure that it is a reliable and well maintained system that meets relevant British and European standards.

The ECHO alarm transfer service, a collaborative venture between the NPCC and the alarms industry, is currently being rolled out to police forces across the country and facilitates greater effectiveness in police response to emergency alarms.

It is a fully automated electronic alarm transmission service between ECHO-connected ARCs and the police, eliminating communication errors and delays associated with manual telephone call handling, to ultimately provide a quicker police response.

ECHO delivers time savings in circumstances where ‘every second counts’ as blue light services respond to emergency alarms. Alarm signalling to the police via the ECHO hub replaces traditional manual handling of alarm calls (by voice calls) between the ARC and the blue light responder. This can save between one and four minutes in response times.

The Metropolitan Police and Essex Police were the first forces to be ECHO-connected in 2021. In addition, Secured by Design (SBD) has launched an alarm standard for alarm installation companies. The new enhanced alarm standard will ensure a high quality system and give customers enhanced levels of reassurance that an installation company meets the exacting standards of the Police Service.

This new standard is not a replacement for the National Police Chiefs’ Council Security Systems Policy (NPCC SSP) or an alternative for certification by one of the UKAS accredited certification bodies, the aforementioned NSI or the SSAIB.

Installers meeting the SBD alarm standard now have the option of joining this SBD scheme, following an assessment from their respective alarm inspectorate body, enabling buyers to have confidence in installers utilising the trusted ‘Police Preferred Specification’ branding.

This article was originally published in the April edition of Security Journal UK. To read your FREE digital edition, click here. 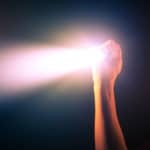 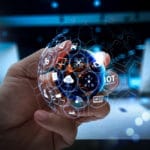