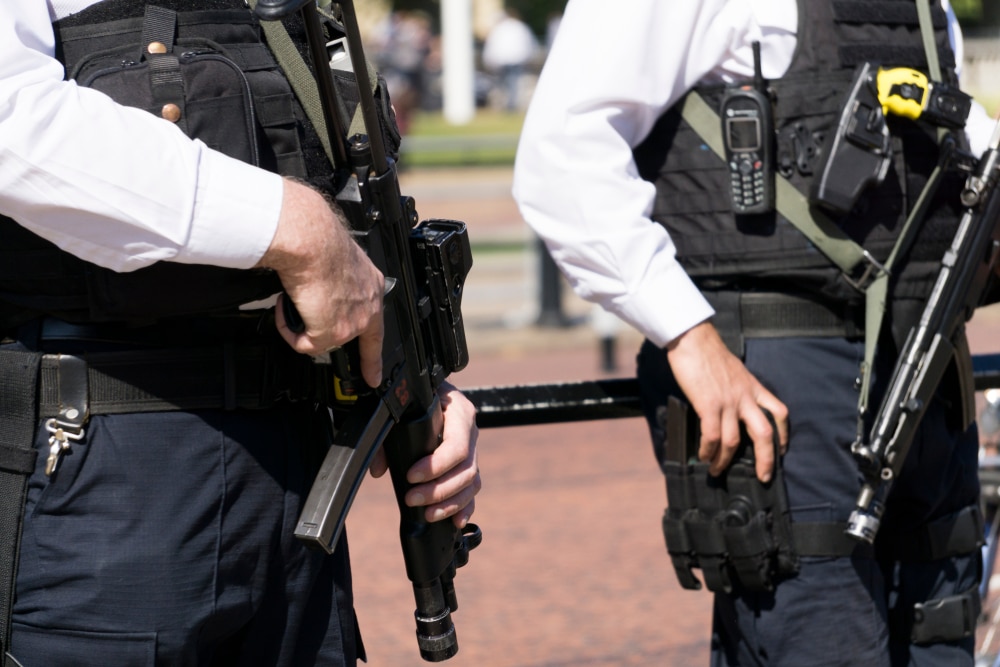 The Security Industry Authority (SIA), regulator for the private security industry, has run a counter-terror exercise in the centre of London.

It took place at the Steel Yard, in Allhallows Lane, near Cannon Street station.

The First Aid Nursing Yeomanry – FANY(PRVC) – were on hand as role players to help give the impression of a busy club night.

The training event at the Steel Yard confronted security staff with a series of real-time simulations, involving volunteer actors, of possible emergency scenarios.

These included an attack with a bladed weapon and a suspicious package.

Ronnie Megaughin, the SIA’s Head of Compliance and Inspections, said: “These realistic scenarios are an excellent method for training security operatives in the best way to approach various emergencies.
“We present them with a challenge, which can range from a bomb threat to a marauding attack, and let them put their training to use.

“Counter-terrorism experts are on-hand to give an instant debrief and guidance.”These are learning experiences that operatives, and their managers, find very useful. If one of these operatives finds themselves in the position of being first responder at an incident, this training could save lives.”

Jason Dean, SIA Liaison Officer to the National Business Crime Centre, who co-ordinated the event, said: “The main aim of exercises like this is to increase public safety in the night-time economy by working with venues and security staff.

“It’s also to showcase best practice by putting the Action Counters Terrorism (ACT) security e-learning package, which we’ve been recommending to all SIA-licensed operatives, into practice.
“We’re really pleased with the commitment that all the security staff put into the exercise at the Steel Yard.”

The emergency planning exercise at the Steel Yard continues a programme of similar exercises and follows on from events in Chesterfield, London, Glasgow and Leicester.

Commander Umer Khan, OBE, who is responsible for policing operations and security at City of London Police, said: “The threat from terrorism has not gone away. The threat to the UK from terrorism is substantial, meaning an attack is likely. Exercises like this are vital in ensuring those working in our night-time economy are prepared, especially as we enter the run-up to the festive season.

“Across Counter Terrorism Policing and with our partners, we are working tirelessly and at pace to confront the threat and help keep the public safe.

“But, as previous incidents have shown, attacks can happen at any time, and anywhere, without warning.

“That’s why we encourage everyone to remain alert while out and about, and report anything that doesn’t seem right immediately to security or staff, or the police.”

About The Security Industry Authority

The Security Industry Authority is the organisation responsible for regulating the private security industry in the United Kingdom, reporting to the Home Secretary under the terms of the Private Security Industry Act 2001. The SIA’s main duties are the compulsory licensing of individuals undertaking designated activities and managing the voluntary Approved Contractor Scheme.
For further information about the Security Industry Authority or to sign up for email updates visit: www.gov.uk/sia. The SIA is also on LinkedIn Facebook (Security Industry Authority) and Twitter (@SIAuk).
The Action Counters Terrorism (ACT) Security e-learning is specialised training for front line security operatives. This free course was designed by government counter-terrorism experts from the National Counter Terrorism Security Office, the Centre for the Protection of National Infrastructure and the SIA. The custom-built training provides up-to date counter-terrorism knowledge to help security professionals prepare for and respond to terrorist incidents whilst on duty. 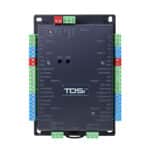 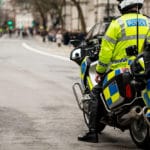