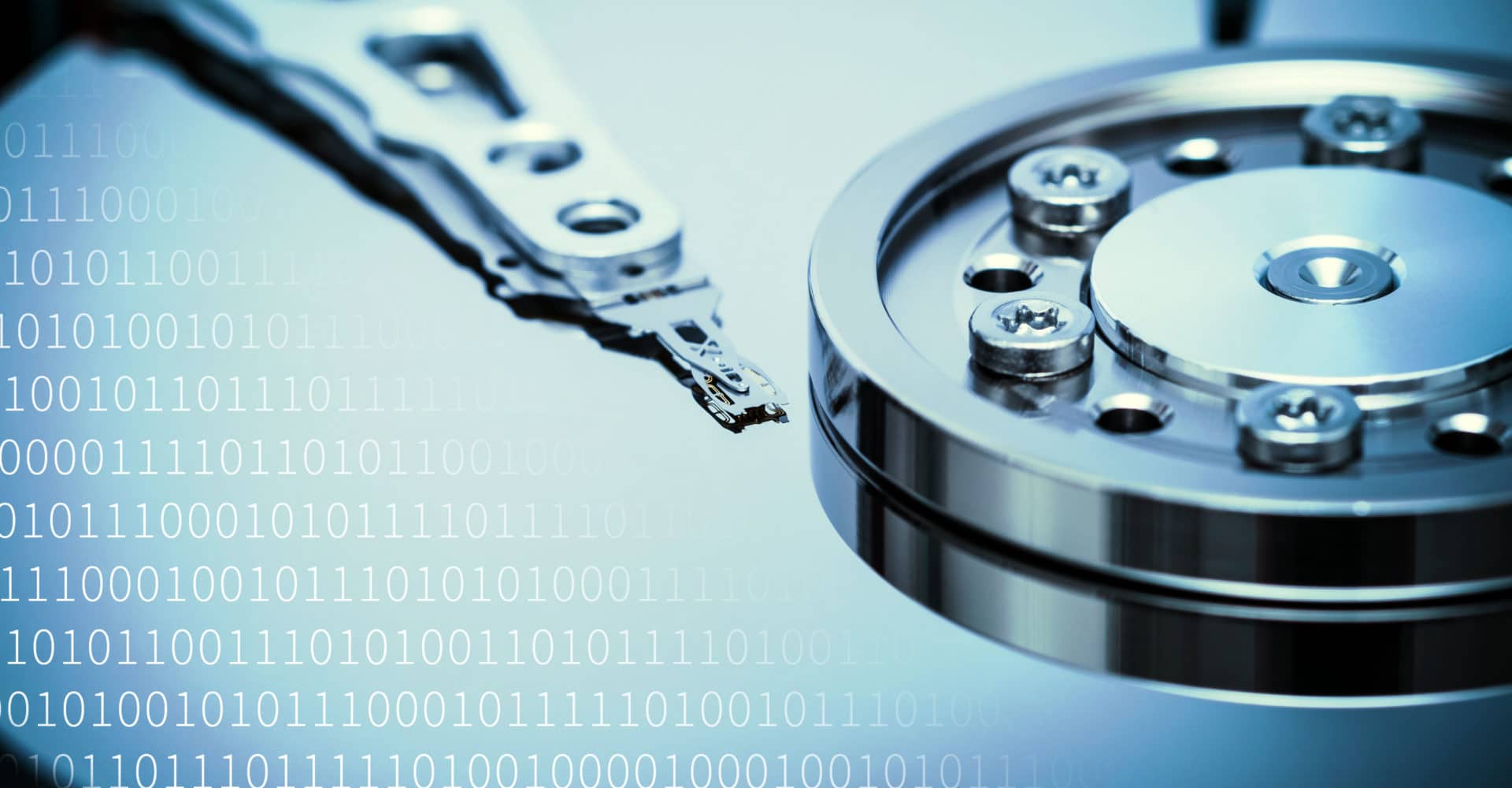 Hard drives bear the brunt of data storage utilised in the information age and will continue to do so for the foreseeable future. Technology advancements such as new recording technologies, additional actuators and interfaces make the drives fit for the future.

Hard disk drives (HDDs) have been around for more than 60 years and even though their end has been predicted again and again, they are still indispensable in the enterprise sector. In 2020, HDDs with a total capacity of more than one zettabyte were shipped for the first time – that’s one billion terabytes. In comparison, SSDs only achieved one fifth of the capacity in the same period and will need a long time to catch up due to higher prices per capacity and limited production capacities.

The HDDs secret of success are high storage capacities at low prices; this makes them ideal for absorbing the growing flood of data in the information age in enterprise data centres, for data centre operators and cloud providers.

In recent years, the capacity of enterprise HDDs steadily increased by around two terabytes per year while costs remained the same. However, the perpendicular magnetic recording (PMR) technology used for this purpose is almost exhausted and no longer allows any significant capacity increase beyond 16 terabytes.

Shingled magnetic recording (SMR), a recording technology that has been available for some time, writes data tracks in an overlapping manner. It enables higher storage densities compared to PMR. Significantly more data can be stored on the same number of rotating magnetic disks within one housing. The process is particular suited for sequential writing and is therefore used in hard drives for archiving and video surveillance, which primarily processes sequential data streams.

With non-sequential write operations, on the other hand, small parts in existing tracks must be regularly overwritten. To ensure that all tracks continue to overlap correctly and remain readable, it is necessary to first read a complete area, modify the data to be changed in memory and write the complete area back onto the disk in an overlapping manner.

In the past, this meant that SMR HDDs could not deliver consistent write speeds. However, manufacturers now intercept these fluctuations with larger caches and better caching algorithms. As a result, SMR-HDDs can be used in many areas and are now also found in many desktop computers and external drives. However, other solutions are needed, especially in the enterprise sector where high write loads can occur continuously and numerous applications depend on consistent, plannable performance.

The next generation of enterprise HDDs is based on microwave assisted magnetic recording (MAMR) – the first Toshiba device with the new technology came onto the market last year with the Toshiba MG09. Here, a microwave generator on the write head concentrates the magnetic flux so that less energy is required to magnetise the material in the disk. This allows the write head to be smaller and data tracks can be written more densely. 3.5-inch HDD designs with nine magnetic disks can now hold 18 instead of 16 terabytes and models with ten disks will soon be available and will even hold 20 terabytes.

However, this is only the first version of MAMR from Toshiba, called flux controlled MAMR (FC-MAMR). In future versions, the microwaves will also selectively activate the material of the magnetic disks during the writing process which means that less magnetic flux is required to magnetise the bits. This enables even smaller write heads and even more densely written data tracks. The first HDDs using this microwave assisted switching MAMR (MAS-MAMR) are expected to offer capacities of 22 terabytes.

While FC-MAMR works with the existing magnetic disks, MAS-MAMR requires magnetic disks made of a new material that can be activated by microwaves. The new disks are already working very well in the laboratory and should soon find their way into volume production. According to experts, they are likely to increase the storage capacity of HDDs to up to 50 terabytes in the next few years. Other assisted recording methods offer the potential for larger capacities but their development isn‘t as advanced.

As HDD capacities increase, so does the effort required to locate data on the magnetic disks and position the read/write heads. For a long time this was not a problem since large online storage systems primarily used HDDs, storage capacity and less performance were important while SSD-based solutions were used for fast data storage.

However, this has changed because the large online storages in data centres and clouds no longer serve as pure data warehouses that are only accessed occasionally, but companies increasingly want to work with their huge databases in real-time. SSD-based solutions for these storage capacities would be too expensive, so a new requirement for HDDs is now higher speed in addition to high capacity.

HDD manufacturers have already been able to significantly increase the IOPS performance of their drives through firmware optimisations. Among other things, they relocated test routines, logging functions and clean-up tasks which used to run with the highest priority in moments in which the HDD has not been under full load; this freed up resources for additional write and read access.

Current Nearline HDDs with 7,200 rpm achieve 400 to 500 IOPS, which previously only drives with 10,000 and 15,000 rpm managed. Although this does not come close to the IOPS performance of SSDs – in a storage system in which several dozen HDDs work together, hard disks can deliver several thousand IOPS and ensure supply most applications with data consistently.

Two actuators instead of one

Higher speeds can be achieved with additional actuators on which additional read/write heads are mounted. However, because a second actuator with its own joint cannot be accommodated in the housing for space reasons, manufacturers concentrate on several actuators on one joint. In principle, the actuator with 20 heads, which is located in an HDD with ten disks, becomes two actuators with ten heads each. Both can be moved independently, nearly doubling the performance of the drive.

It remains to be seen which interface and configuration will be used to control these two arms. In any case, as soon as they are available, the market will split into capacity and performance HDDs.

Where storage capacity alone is the priority, drives with SMR should dominate because they offer the lowest price per terabyte. On the other hand, where high and deterministic speeds are important, drives with MAMR (non-overlapping) and dual actuators are likely to prevail. Their price per capacity will be more expensive than single actuator SMR HDDs because the data density is lower and a gap is required between the two actuators, which means one magnetic disc less fits into the housing.

Not everything possible is implemented

Thanks to the continuous development of HDD technology, these drives remain futureproof and can also meet increasing capacity and performance requirements. However, with all further developments, it is important that HDDs neither become mechanically larger nor slower, more sensitive or more expensive, so that they can continue to be used in existing systems and do not cause higher costs.

Technically, it would certainly be possible to increase storage capacity and performance much faster than before. But, if a new 20 terabyte HDD costs five times as much as an older generation 10 terabyte HDD, most companies would simply reach for two old disks.

For similar reasons, the 3.5-inch form factor is not likely to change in the foreseeable future, even if there is room for more magnetic discs and actuators in larger housings. The market would simply be too small because the drives do not fit into current servers and storage arrays and companies would need expensive specialised systems. However, manufacturers are considering PCIe interface and NVMe support for HDDs – not because of the higher speeds they support, but so that HDDs can be operated with the same interfaces as SSDs. Companies would then have more options when equipping pure PCIe systems or could simplify their infrastructures by using one interface only.

This article was originally published in the March edition of Security Journal UK. To read your FREE digital edition, click here. 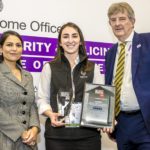 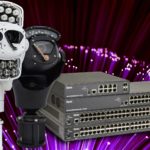