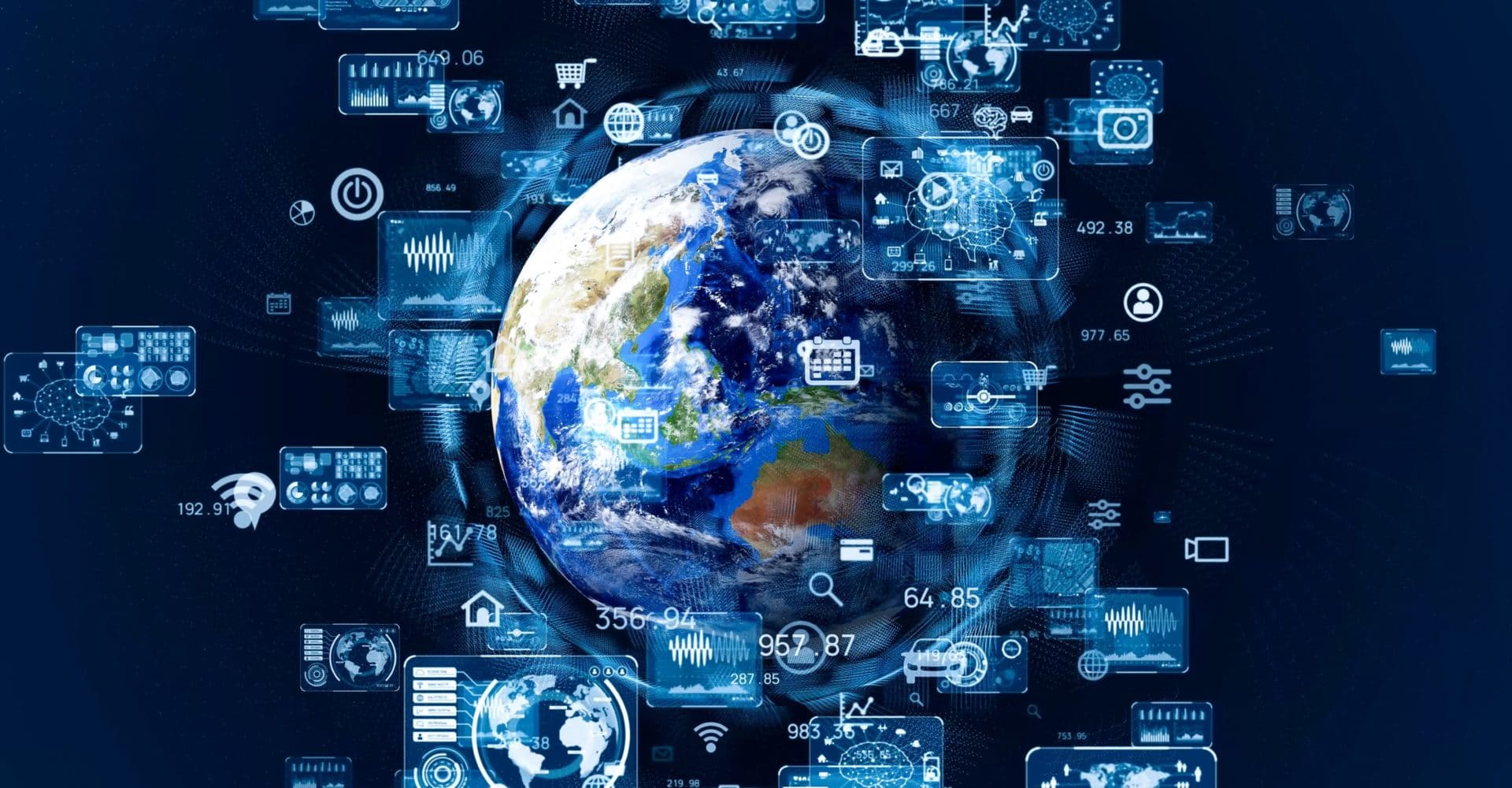 Uri Guterman, Head of Product & Marketing for Hanwha Techwin Europe explains how we have arrived at the Edge and why it provides a pathway to the introduction of new, exciting, innovative and sustainable video surveillance solutions.

Back in the days when there was just analogue-based CCTV, you would have needed a locally based video cassette recorder (VCR) if you wished to retain the video evidence captured by your security cameras. This meant having to buy a large number of video tapes to ensure the images could be stored for up to 30 days or longer, as each tape could only store a limited amount of video before it needed to be swapped out. Organisations with multiple sites could also choose to remotely monitor images transmitted via PSTN, ASDL or expensive dedicated leased lines to a central control room.

With the arrival of IP network based video surveillance, users were given the option of conveniently storing large amounts of video data onto a network video recorder (NVR) or server and a major benefit of this was that there was no longer a need to clog up the network by transmitting video footage of scenes where nothing important was happening. As a result, event driven monitoring, which is also known as exception reporting, became an accepted method of bringing an incident to a control room operators’ attention. If and when required, operators could also quickly and easily retrieve pre and post event images of any incident.

The benefit of this became even more apparent with the introduction of multi-pixel cameras, when there was a need for the captured video data to share the available bandwidth with whatever else was being transmitted around the network. Many security managers will no doubt have been at the receiving end of a “Don’t even think about it!” comment from their organisation’s IT team, who were not prepared to take the risk that the transmission of mission critical business data might be disrupted.

Although most large video surveillance systems installed in recent years are likely to be using network resources which are isolated from a company’s main network infrastructure, the opportunity to minimise bandwidth requirements and the associated costs, continues to be a major benefit.

It needed, however, a manufacturer such as Hanwha Techwin, to lead the way by developing chipsets with sufficient processing power to enable the data to be recorded and stored via SD card slots built into its cameras, instead of more expensively on an NVR or server.

Cameras with dual SD slots which collectively offer up to 512GB storage capacity can provide security personnel with peace of mind in knowing that what may be crucial evidence will be stored safely at the Edge. At full frame rate, the images continually captured by 2-megapixel high definition cameras, for example, will be stored for up to approximately 20 days before they are overwritten. The number of days of recording can be increased if a lower frame rate is acceptable and/or if a manufacturer has developed their own compression technology which complements H.265 and in doing so, minimise storage requirements and improve bandwidth efficiency.

SD cards will also help keep data safe at the Edge in the event of network disruption. The deployment of cameras featuring Auto Recovery Backup (ARB) will ensure that activity recorded on an SD card if a connection is temporarily lost, will be automatically transmitted to a remote recording device when the connection is restored.

The benefits, however, of the Edge go far beyond storing data onboard a camera.

Video surveillance cameras are increasingly being regarded as smart IT devices which happen to be equipped with an imaging sensor and a lens. In this respect, we are close to a point in time when the superb quality of the images captured by multi-megapixel cameras will be taken for granted in the same way as we now regard being able to make calls on a mobile phone. When was the last time, for instance, you saw an advert promoting a new mobile phone’s call functionality or quality?

There is so much more you can do with cameras now that they have the capability to run on-board video analytic applications such as heat mapping, people counting and queue management, as well as pandemic related face mask detection, social distance measuring and occupancy monitoring solutions. With the processing power to do so, it makes sense to mine the captured information at the Edge and thus avoid transmitting large amounts of data over the network.

Whilst manufacturers such as Hanwha Techwin are supplying cameras pre-loaded with these applications, as well as Intelligent Video Analytics (IVA) such as tampering, directional detection, defocus detection, virtual line, enter/exit and motion detection, the Edge provides the perfect opportunity for specialist third-party software developers to innovate by way of developing ground-breaking, serverless solutions that meet the specific needs of individual vertical market sectors.

As an example, there is a serverless ‘small site’ ANPR solution available which automatically controls the movement of whitelisted cars through barriers via camera relay outputs, as well as provide valuable car park management information, such as ‘time spent’ and occupancy rates. It does so without users having to incur the cost of installing and running the application on a server, as up to four cameras (one master camera and three slaves) are able to simultaneously capture and transmit video analytics data to a convenient user interface.

Serverless edge-based solutions are scalable and thus provide users with the flexibility to incrementally expand their systems at any time, without having to procure an expensive server.

These applications elevate video surveillance from just being a security system which helps monitor and detect suspicious activity, to a smart solution which delivers so much more.

The recent introduction of affordable cameras supplied with Deep Learning AI video analytics onboard, has further enhanced the ability of cameras to be used as detection devices. Deep Learning AI video analytics ignores video noise, waving trees, moving clouds and animals, all of which might normally be the cause of false alarms when standard motion detection technology or sensors are being used to detect activity, because it has not been trained to look out for them.

This higher level of performance of Deep Learning AI based video analytics means control room operators and security personnel can focus on responding to real incidents and emergencies and not waste time and effort on false alarms. In addition to extreme accuracy, deep learning also allows operators to search for specific features and attributes, including a person’s age group and gender and whether they are wearing glasses, a hat, or carrying a bag.

Cameras equipped with Deep Learning AI are particularly suitable for applications which require a greater degree of sophistication than that offered by traditional video analytics. It enables, for example, retailers to capture and analyse business intelligence such as age and gender, allowing them to granularly analyse customer demographics and in doing so, gain a greater understanding of customer behaviour and buying patterns.

Road planners, traffic regulation enforcement authorities and police are also now able to take advantage of AI cameras to identify the make, model and colour of vehicles, in addition to recognising car number plates. The shortly to be launched edge-based Wisenet Road AI intelligent traffic management solution will, as an example, utilise Deep Learning AI video analytics to identify over 700 vehicle models manufactured across 70 brands. The data can be used to conduct surveys to gain a greater understanding of road usage, as well as help accurately identify vehicles involved in traffic infringements.

System integrators will find the Edge provides them with the opportunity to offer their end user clients innovative and sustainable systems, e.g. self-contained smart devices which could even perhaps be powered by solar panels. In doing so, they will be able to capitalise on the latest technology to deliver solutions which would not have been thought possible back in what we might now regard as primitive times, when low resolution, monochrome CCTV images had to be expensively transmitted and remotely monitored from a central location. 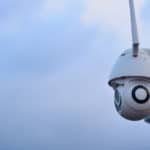 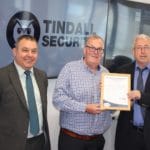