The craft, which fuse the characteristics of helicopters and planes, operate on electric motors.

On Monday, US air regulators published rules to add the machines to the official list of regulated aircraft.

This is vital before companies running the aircraft can offer flights commercially.

The technology is often presented as the “transport of the future” and are seen in simple terms as giant drones.

Money has been pouring into the sector, as major airlines place orders and investors bet on a crop of start-ups.

The craft are knows as electric vertical takeoff and landing (eVTOL) aircraft but do not need a runway but can undertake long distances like an aeroplane.

The eVTOL is electric so come with a solid green pedigree compared to standard planes.

It has been argued they could help reduce traffic congestion in crowded cities, without being too expensive for customers.

They have also been seen as an alternative for transporting cargo.

The industry is hoping to get flying taxis in service in time for the 2024 Paris Olympic Games.

The Federal Aviation Administration (FAA) said in a statement: “This powered-lift definitions rule lays the foundation that will allow operators to use powered-lift aircraft.

“This is important because our regulations have to cover powered-lift aircraft for them to be able to operate, including commercially.”

The FAA said it expected to publish proposed rules for operating such aircraft in summer 2023.

They will detail the criteria firms must meet to licence pilots and launch their operations.

Vice president of engineering and maintenance for the General Aviation Manufacturers Association, Walter Desrosier, said the latest development as the “absolutely essential first step” signalling the FAA is committed to making progress.

He told the BBC: “This is very very positive progress, but the details are still to come.”

According to reports, few analysts see any prospect of the craft taking to the skies before 2024 or 2025, partly because of the regulatory complications.

Joby, one of the companies at the forefront of devlopment, has pushed back its timeline for getting flying taxis in operation until 2025.

United Airlines and Delta are among the major companies that have committed millions of dollars to the idea in recent months.

But across the world, hundreds of firms are racing to be a part of the revolution. 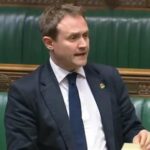 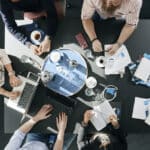